“The lack of continuity in the supply of energy and raw materials means that many municipalities can only dream of independence and planning security. “ 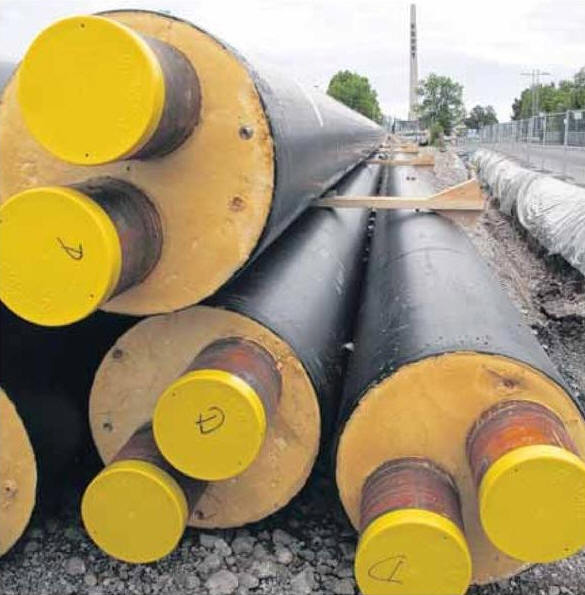 The town of Marktoberdorf, located in the foothills of the Allgäu Alps, is one step further in this direction. Fernwärme Marktoberdorf GmbH has been operating its own district heating network since 2009. The aim is a sustainable, environmentally friendly and economical supply of heat to parts of the city and its citizens. Public buildings such as the town hall and indoor swimming pool are supplied as well as many private households.

After initially obtaining the heat from local industrial plants, the operating company began constructing its own supply plants in 2012, optimally tailored to the needs of its customers. During the expansion, the decision was also made to monitor the operation of the plant by means of a central process control system. “When selecting the system, FlowChief was immediately able to convince,” says Markus Hacker, Head of Technology at Fernwärme Marktoberdorf GmbH. “FlowChief did not only fulfill the central tasks demanded by us such as visualization, alarming or historization. With the integrated maintenance and maintenance management we also use functions which usually are not to be found in the power spectrum of current process control systems.

The FlowChief system integrator Zach Elektroanlagen was commissioned with the implementation. First the interfaces of the generating plants, heat meters, water meters and transfer stations and their protocols M-Bus, Modbus, BAC-Net and Profibus had to be brought to a common denominator. For this purpose, Beckhoff decentralised controllers were installed. These serve as protocol converters and communicate upwards via Ethernet with FlowChief.

Important decentralised locations were also equipped with an HMI solution from FlowChief. If the central control station is not available, the process can still be accessed on site. “The engineering for this was already carried out on the server. Process screens and variable configuration only had to be copied,” Tobias Zach, Head of Automation Technology at Zach Elektroanlagen, sums up a significant advantage. In addition, the customer uses identical user interfaces in the headquarters and on site.

Register here to use our online demo portal live.flowchief.de.

Let us create an individual and non-binding offer for you.